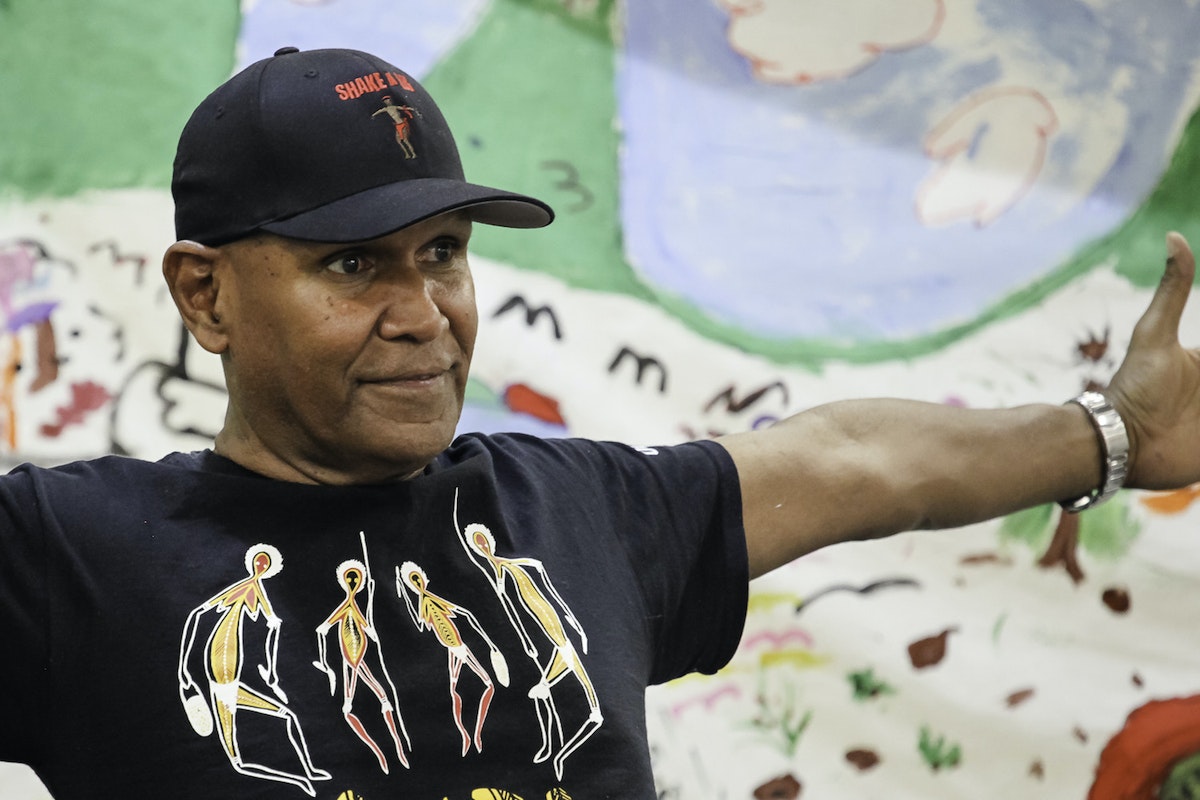 This guy is incredible: My mate Boori Monty Pryor. In Townsville in 2017 to film "Wrong Kind of Black" which will be released on the ABC full length and on Iview as a series in the next few months: don't miss it. I had the opportunity (Thanks Boori) to assist in lighting, organising some audio and to photograph. Hope they get used somewhere in the mist. If not then I am hanging out to see the film. Boori has tried to show me some of the footage shot on location here in Townsville and on Palm Island, but I said "Don't spoil the film for me".

Boori Monty Pryor was born in North Queensland. His father is from the Birrigubba of the Bowen region and his mother from Yarrabah (near Cairns), a descendant of the Kungganji. Boori has worked in film, television, modeling, sport, music and theatre-in-education. He has written several award-winning books with Meme McDonald including Maybe Tomorrow, My Girragundji, The Binna Binna Man and Njunjul the Sun. His picture book collaboration with Jan Ormerod, Shake a Leg, won the Prime Minister's Literary Award for Children's Fiction in 2011. You may have seen some of my images on the FB page wearing Boori's cap. Now you know where it came from.

Boori's stories are about finding strength within to deal with the challenges without, and his skill is to create positive visions of the future for both Indigenous and all Australians.

As a Children’s Laureate, I will ask the most wonderful teachers, librarians, parents and helpers that I’ve met, and the new ones I’ll meet along the way, to hop on board the good ship Laureate. We’ll pick up new passengers everywhere we go as we travel around Australia to the remotest, the smallest, the richest, the poorest … pre-schools, high schools, special schools – all schools! And we will spread the writewords to make ours a nation of readers! I'm looking forward to developing a special project during my time as a Laureate. Stay tuned! – Boori Monty Pryor

And in signing off, check out the film "Brown Paper Bag" while your waiting for "Wrong Kind of Black" to hit our screens.